If you are interested in being considered for admission to Mountain Valley.Visit Admissions

All Posts
MVTC in the News

Stay in the Loop

News - Stay in the Loop 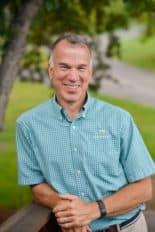 Appointed Associate Executive Director, Communications and Development, in 2014, Carl had previously served MVTC as Director of Operations and Director of External Affairs.  As a member of Mountain Valley’s original leadership team, Carl’s passion for the MV mission is palpable.  When not on the campus interacting with residents and staff, Carl manages relationships with referral sources and other stakeholders.  Carl directs the external marketing, communications, functions, and strategic development initiatives for Mountain Valley. Involved in independent school education for more than three decades, Carl joined the Mountain Valley staff in 2011 from the Oliverian School, an alternative boarding school for students who have struggled in traditional academic environments, where he served as Director of External Affairs and until recently served as a member of the School’s Board of Trustees.

Prior to Oliverian, Carl worked as a teacher, coach, dormitory parent and administrator at Kimball Union Academy, Cardigan Mountain School, Tabor Academy and St. Paul’s School.  A graduate of St. Paul’s School and Colby College, Carl and his wife, Cari, live in a 200 year-old farmhouse in nearby Orford, NH. The Lovejoys have three sons (and two granddaughters!): Ben is a Dartmouth College graduate now playing professional hockey for the NHL’s New Jersey Devils, Matt is a graduate of both the University of Virginia and the Curry School of Education at UVA and works in Los Angeles for Betterment, an automated investing service, and Nick, a Dartmouth graduate working for Barclays and living in New York City.

Carl was named to the Board of the IECA Foundation in 2014 and is a member of the Association of Fundraising Professionals, serving on their Education Committee.  He also continues to do volunteer work for St. Paul’s, currently as a Form Director.

Carl can be reached at clovejoy@mountainvalleytreatment.org

The More You Know

All Posts
MVTC in the News

Read More
MVTC in the News

How Can I Overcome Social Anxiety Disorder?

Read More
MVTC in the News

Anxiety and Perfectionism: My Story